Recently I was under the impression that most people have become very restless. Their problems in some extent are turned
them in nervous and vicious creatures who prefer to solve their problems with screaming. Long ago I have not met such people ,who  in the event of a problem, act with understanding and tolerance.

So a few days ago when I suffered a road traffic accident. I had to shop things for home and I headed to one of the shops. Right in front of me they moved two cars. The first of they decided to swerve at the last moment and this forces the car in front to apply sharply the brake. I did the s 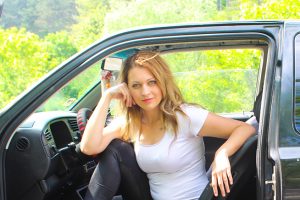 ame …. but my car did not stop and continued to roll to the back of the car in front of me and then … BOOM! When I realized what had happened , I looked at the car ,who I was hit  and the man who was already descended from her. I said to myself, “Sh*t, I must be ready for quarrels!”. But it turned out I was wrong. I got out of the car and both silently we looked the damages on ours cars. Fortunately, on one of our cars no damage , but for unfortunately – it was not mine. And because I was guilty, I decided to take the initiative to speak first. I suggested to call to the traffic police and in the same time I preparing for space amounts from fines, that I would received. Then the man calmly told me that it is not a problem to continue as if nothing happened, because of his car has absolutely no damage. I can’t believe! He was serious! For me this was the better option ,because the cost of repair to my car, would be smaller than the fines. Very few people would do this.

This event showed me that still in the world are remained calm people. There are still people who are not trying to profit from the misfortune of others. This makes me to feel happy! If everyone of us tries to be more good, the world will become a better place!