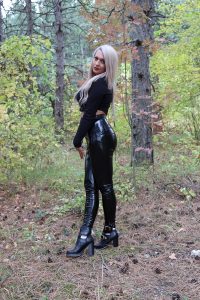 I realized that maybe it’s not about perfection, it’s about learning to live with your flaws. Lately, I’ve learned that maybe it’s not about who goes out, but rather who comes into your life to help you clean up the mess. I learned that it doesn’t matter how many times you fall, what matters is that you get back up with a new plan. I’ve learned lately that healing doesn’t have to be pretty and tears don’t make you weak, but sometimes those lonely moments are essential to your growth. I’ve learned lately that we’re all going to miss someone at some point and that doesn’t make us weak, it just proves that the love was real even in their absence. I learned that there is no logic when it comes to emotions and sometimes people’s feelings just change and there is nothing you can do to change them back. Lately, I’ve learned that the only real thing you can do is put your best foot forward and hope that the person on the receiving end is at a stage where they’re ready for this sort of thing. At the same time, it is important to know that this will not always be the case. I’ve learned lately that you can’t teach someone to respect you and sometimes the hardest walks you’ll take are away from those who can’t support you the way you need to be the best version of you . That sometimes even the people who love us the most are toxic to us and are the hardest to distance ourselves from. I’ve learned that if you have to walk away from someone or something, do so without ill will, because people will remember how you walk away the most. Lately, I have learned that sometimes you will have to forgive people even though they may not be sorry, but you deserve peace and happiness within yourself. I’ve learned lately that the hardest person you’ll ever have to learn to forgive is yourself.

I’ve learned that sometimes on the road to becoming your best self there will be times when you are the worst version of yourself, but even then there will be people who choose you and love you and want you, but above all you have to remember always choose yourself.