The woman, who has learned to love herself, harder beggin a relationship. She knows what she wants and what she deserves. For her is not enough to met just a someone man, only because she has shown interest to her. She wants to meet and is waiting for him – the Special.

According to some, she is very picky. But she knows she just has high 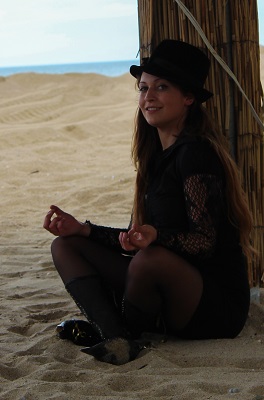 standards – not just for the man beside her, but for herself. She refuses to compromise. She refuses to deceive herself. She refuses to live with promises made. And about that, she prefers to wait. The woman who has learned to love herself knows how to take care of herself. She knows ,what love she deserves. She knows what she needs. And what she wants to give.  She is aware that no one can change the other. And about that , she decided not to waste her time with men who steal from her instead of enriching her. Men who suck out her energy. Men who take without giving. The woman who has learned to love herself is aware that there are other things in life that make her feel happy. She has her friends, her work, her favorite activities. But most of all she has herself.

The woman who loves herself is beautiful because she is happy. With your life. With yourself. With the path that has come. With the path,which she has passed. And somewhere there, on the way, she knows he’ll meet him. When she’s ready. Until then … until then she will continue to love herself. And to be real.