Yesterday I drove my compact car in Shumen streets. At the moment ,in who the light turned green, suddenly from the only bar left ,came in a big car with a squeal of tires and cross my road. So I stopped on fingernail from her paint.

Terribly frightened of what might happen, I push the blew the horn and waving their hands from inside ,waiting to get an explanation. The driver looked at me in his mirror view mirror, raised his right hand and swung it vigorously from side to side ,to mean “you’re crazy.” Usually I try to forget quickly such situations, but this time something came over me. Just then the next traffic light we stop on red, and this person ,that showed me that I’m crazy, honorably stopped his big car. 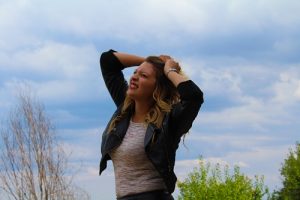 I stopped behind him, turned off the engine, got out of the car and with a leap I found myself to his window, and as a true figurehead I opened his door. The man was about fifty, weak, with dark glasses. I immediately imagined how I broke his nose. But instead, I began to want an explanation. The same person was so amazed by my sudden impulse by constantly repeating “What the hell happened ?!”. “May be is had to happen?!” – I said. Then the light turned green. I slammed his door with all my force of which I am capable and triumphantly left the stage with my small city car. Only then I thought. In fact, not at all proud of what happened. Even I am ashamed. I could just push my klaxon behind car on the malapert. I could, but I was not enough. Not this time. Maybe I just was fed up with the fact that almost no day ,that I’m on the road and 4-5 cars to take away my advantage. Honestly, I had very lucky with the driver with dark glasses, who miraculously not out from somewhere a rod and to broke my windshield or simply not reached out to me strikes two slaps while I scream “How not ashamed ,sir ?! ” in front of his car. From all this there was no need.

I realized at that moment, I was become in embittered human. I show such a stupid and uncontrollable incivility. We live in a big acrimony. Day by day we become more bad and more embittered. So with this long story, I want tell you: You do not let the evil to conquer you!