Two hundred years ago women wanted less work time, better wages and the right to vote. Today continue to struggle for equality with men, especially in pay, as well as access to leadership positions, the right to abortion, which does not always apply, and cases of sexual and domestic violence have not disappeared.

This is a brief assessment of the struggle for women’s rights, which we 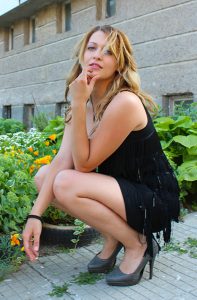 actually celebrated two weeks ago on 8 March. But now in 2017, we – women still want to show the world and ourselves ,that not only are as good as men, but even surpass them. In everything. She is man and woman, and master and cook, if necessary. Moreover, there is a great career, she is a loving wife and devoted mother. But sometimes I think that in the battle between the sexes ,we lost our essence. We forgot that being a woman is magic and we turned it into a burden. But that we are equal does not mean we’re alike. And the truth is that men and women are fundamentally different: on way of thinking, by presented to the world, by way of the action. Being a woman means to be proud of your femininity and to be appreciated and respected about precisely that. Men and women are two sides of a coin that is not whole without one half.

So the war between men and women is doomed cause. Here ,the winners can not have, and if you won every battle, this does not bring the expected delight. Just because the other sex is our better half.